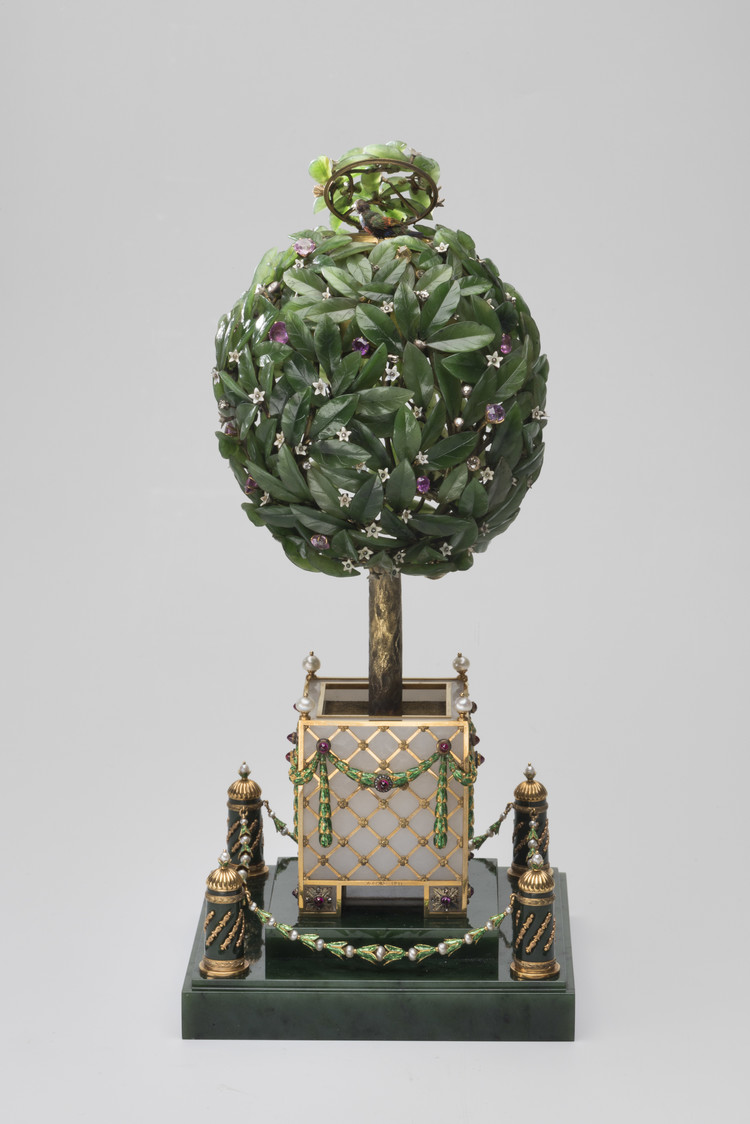 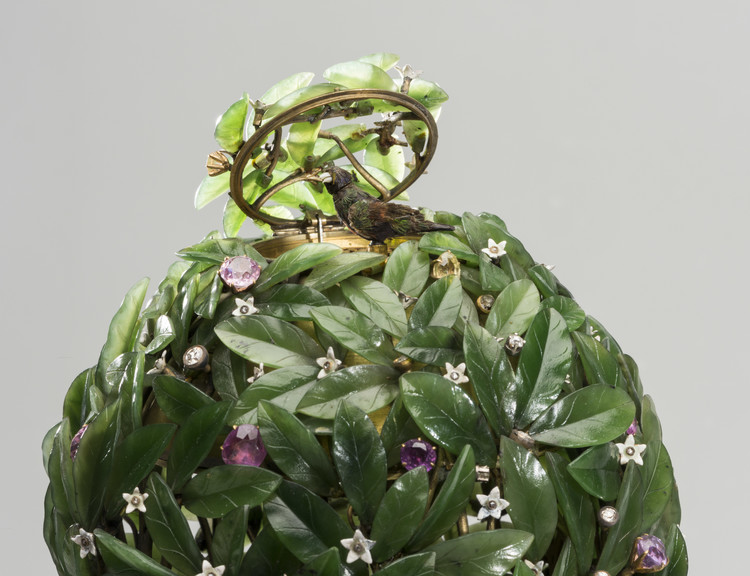 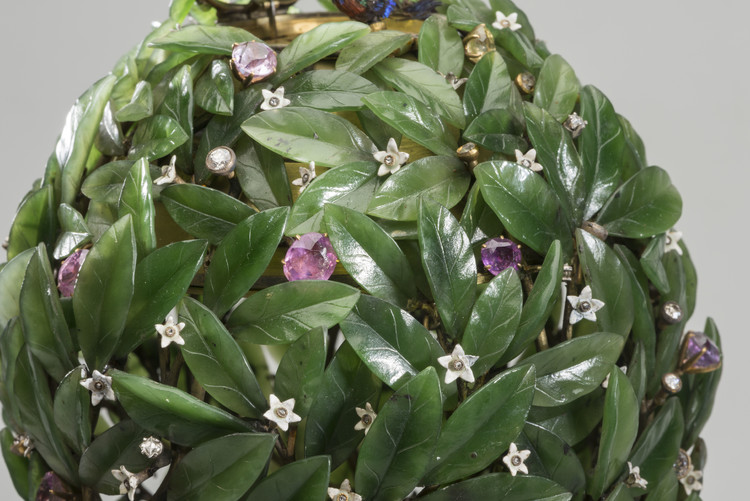 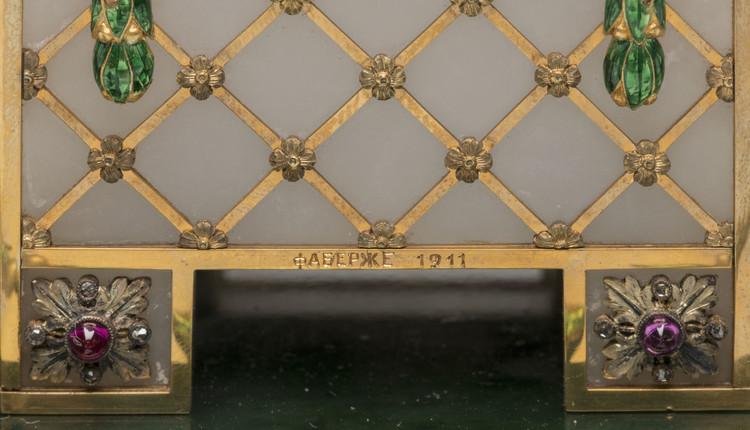 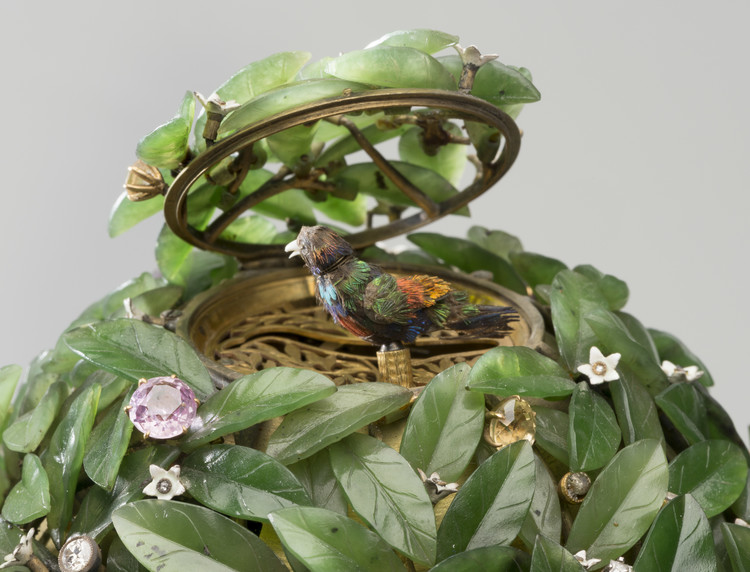 In addition to the eggs with cockerel and hen, Carl Fabergé made an Easter egg for Maria Feodorovna with a mechanical bird of paradise with natural multicolored feathers. The court jeweler must have known that Maria Feodorovna loved birds and “nature and everything that is in it.” In the 1900s in the Anichkov Palace, her residence, there was a special room with an enormous cage “with innumerable tiny birds, which the empress loved greatly.”

In 1911, Nicholas II gave his mother an egg in the form of a bay tree, in the green foliage of which “a tiny bird” sang, opening its beak, flapping its wings, and turning in different directions. The turn of a gold key raised a few leaves at the top and the bird came out of the egg, and after its performance, hid back inside. The thick glossy leaves of the crown, trimmed to the shape of an egg, are made of Sayan nephrite, which has a saturated spinach-green color. With varied and beautiful shades and free of cracks, the nephrite made it possible “to bring the execution to the limits of perfection.” According to Franz Birbaum, nephrite was used most frequently by the Fabergé firm because of its qualities and appearance. Carl Fabergé liked the green color, calling it “the color of hope,” and green traditionally symbolized youth, flourishing, and the triumph of life and spring. The thick green foliage is enlivened with pinkish and yellow-orange fruit of amethyst and citrine and also with little flowers of white enamel. Experts point out that the prototype of the egg were the amusing miniature orange trees with fruit and flowers and with clockwork singing birds, “planted” in square pots; they were done particularly well by eighteenth-century French masters, although the tradition is older than that.

The year 1911 marked the thirtieth anniversary of Maria Feodorovna’s ascension to the throne; the empress was universally loved and admired in Russia. In 1866, when the young Danish princess married Grand Duke Alexander Alexandrovich, future Emperor Alexander III, “Russia accepted her as its own,” recalled Prince Felix Yusupov. She won popularity and universal admiration in society, and “many in Russia were practically in love with the empress.”