History of the Collection

In February 2004, The Link of Times Foundation purchased a collection of items made by the House of Fabergé. It had been in the possession of the family of Malcolm Forbes, the famous American media magnate. The collection contained over 200 objects, including nine unique Easter eggs created by Carl Fabergé for the last two Russian emperors. Malcolm Forbes had spent 25 years enthusiastically amassing Fabergé works until his death in 1990, and his heirs eventually decided to part with his collection. A special Sotheby's auction had been planned for April 2004, during which the Forbes collection would have been split into lots and sold off to different buyers. However, The Link of Times Foundation purchased the entire collection before the auction —  an unprecedented move in the global art market, as never before had a collection of such value been acquired by one person at once. The Link of Times Foundation not only saved the collection's integrity, but brought these unique masterpieces back to Russia, making them available to all its residents.

Over a ten-year period the Link of Times Foundation tracked masterpieces of Russian jewelry art all over the world – in Europe, Asia and the Americas. Throughout that time, the Foundation was actively engaged in working with auction houses, experts and leading research journals, and purchased works by the House of Fabergé and other famous Russian jewelers from the 19th and early 20th centuries for the future museum. 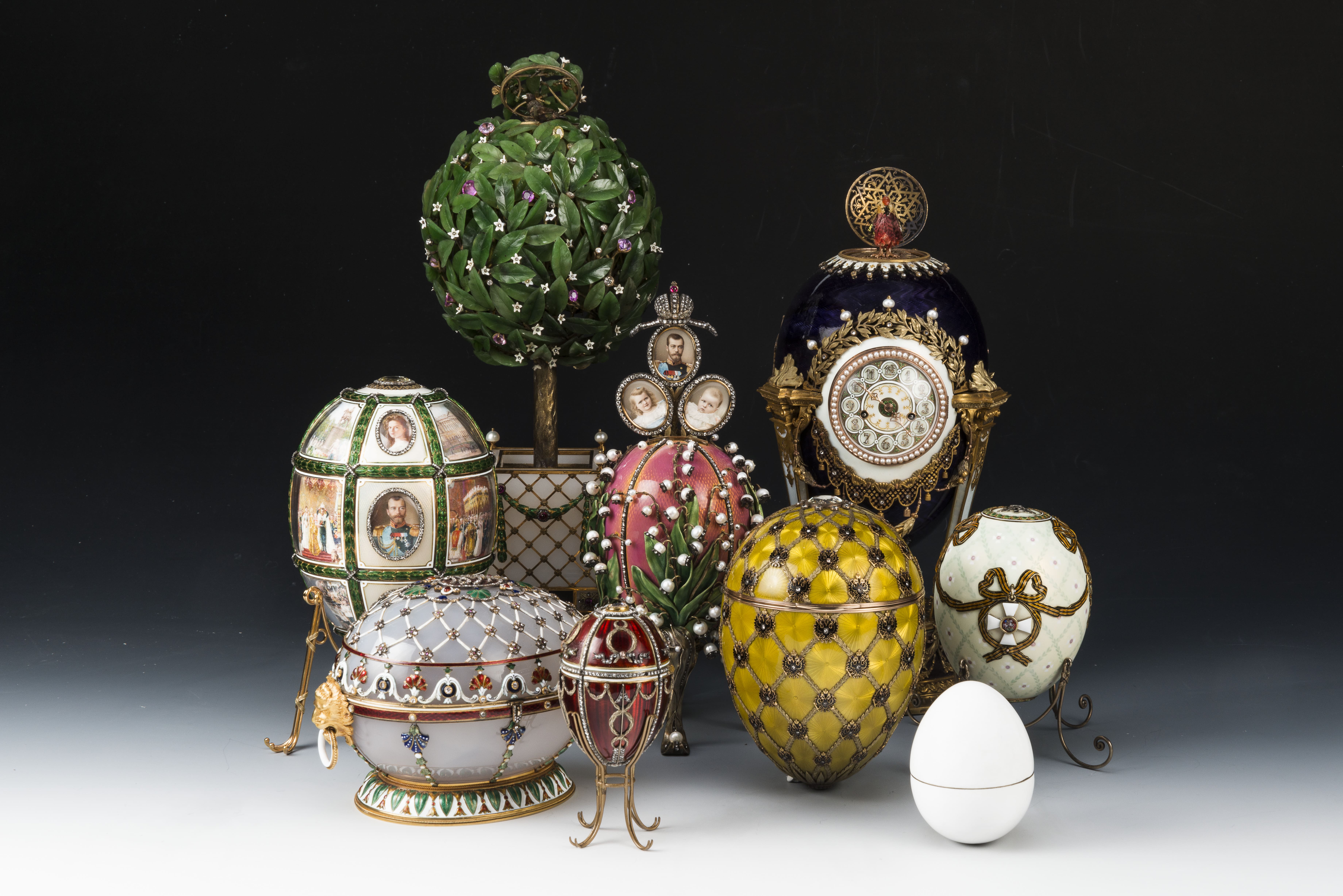 The Foundation eventually managed to put together an unrivaled collection of Russian jewelry art. The Fabergé Museum holds the world's largest collection of Carl Fabergé masterpieces, with over 1,000 objects. These exquisite pieces are not only examples of the highest artistic skill in jewelry art, but also illustrate all aspects of Fabergé’s oeuvre, including objects of fantasy, jewelry and accessories, silverware, precious haberdashery and decorative objects for interiors. That said, the core of the collection is certainly the Easter eggs, nine of which were commissioned by the Russian emperors Alexander III and Nicholas II. The cultural and historical significance of these treasures, created for the empresses Maria Feodorovna and Alexandra Feodorovna, make them the absolute highlights of the Museum’s collection. A great number of other historic items in the collection offer insight into the life of the Romanov dynasty – both household objects for daily use and Cabinet gifts bestowed as a symbol of distinction.
Not all of the Imperial gifts displayed in the Museum were made by the House of Fabergé: visitors can admire an outstanding collection of golden snuffboxes crafted by other famous jewelers of the 18th and 19th centuries, decorated with miniature portraits of the Romanovs going all the way back to Peter the Great.
The Fabergé Museum also has a significant collection of enamel articles created by the leading Russian firms of the second half of the 19th and early 20th centuries: Pavel Ovchinnikov, Ivan Khlebnikov, Antip Kuzmichev, the Grachev Brothers and many more. The Museum also features one of the largest collections of Feodor Rückert artworks in the world – on display are more than 100 items created by the accomplished master of enamel and frequent collaborator with Carl Fabergé's firm.
In order to provide a more complete appreciation for the Fabergé era in all its diversity, the Museum contains an exceptional collection of Russian icons, whose precious revetments were crafted by the best jewelers of the day.
The Fabergé Museum was opened to the public on 19 November 2013 in the meticulously restored Shuvalov Palace, becoming the first private museum in Russia of national and international significance.