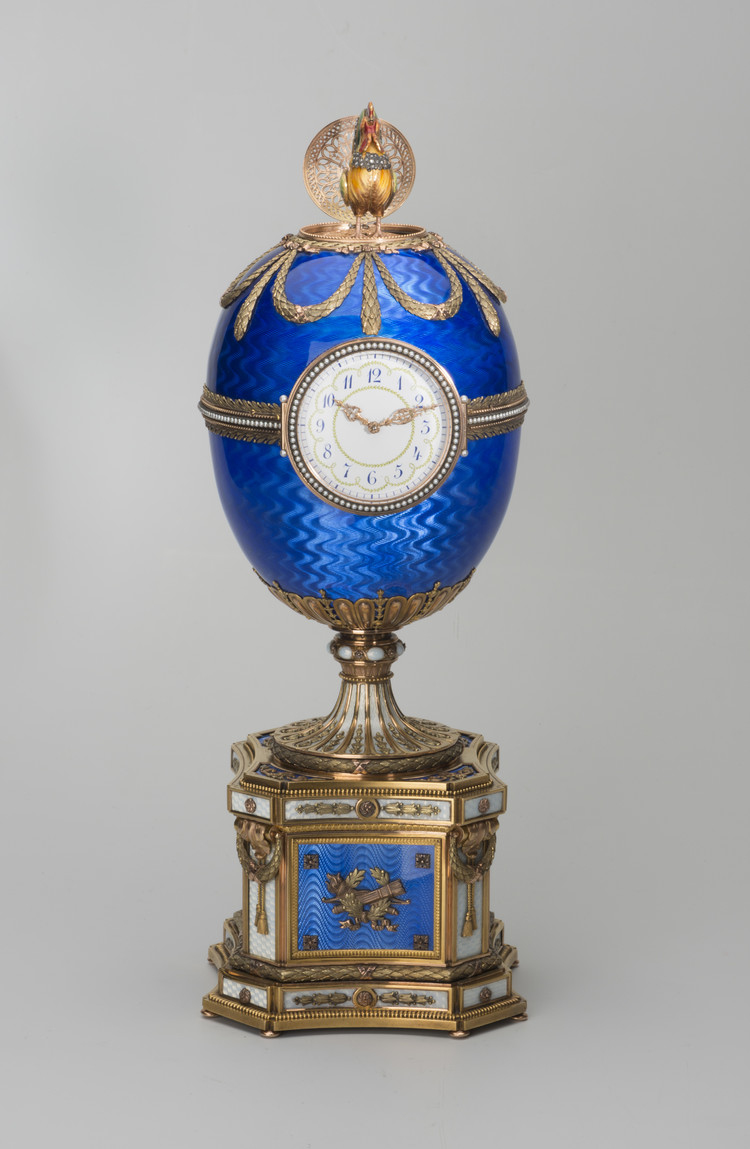 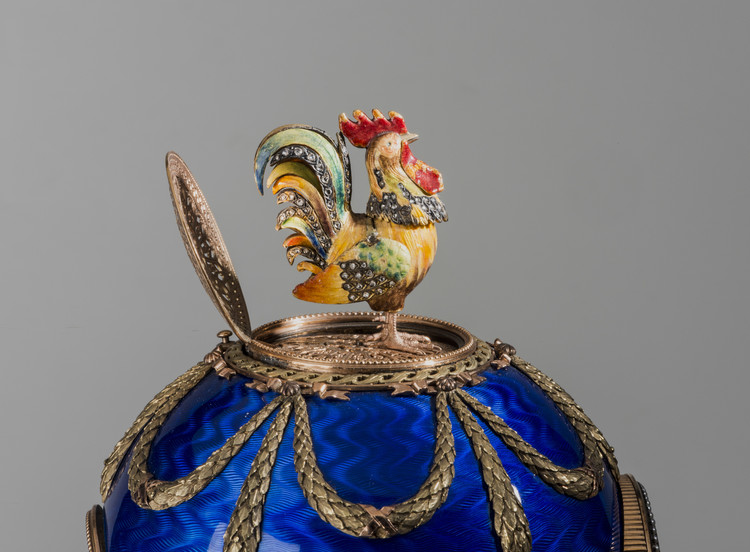 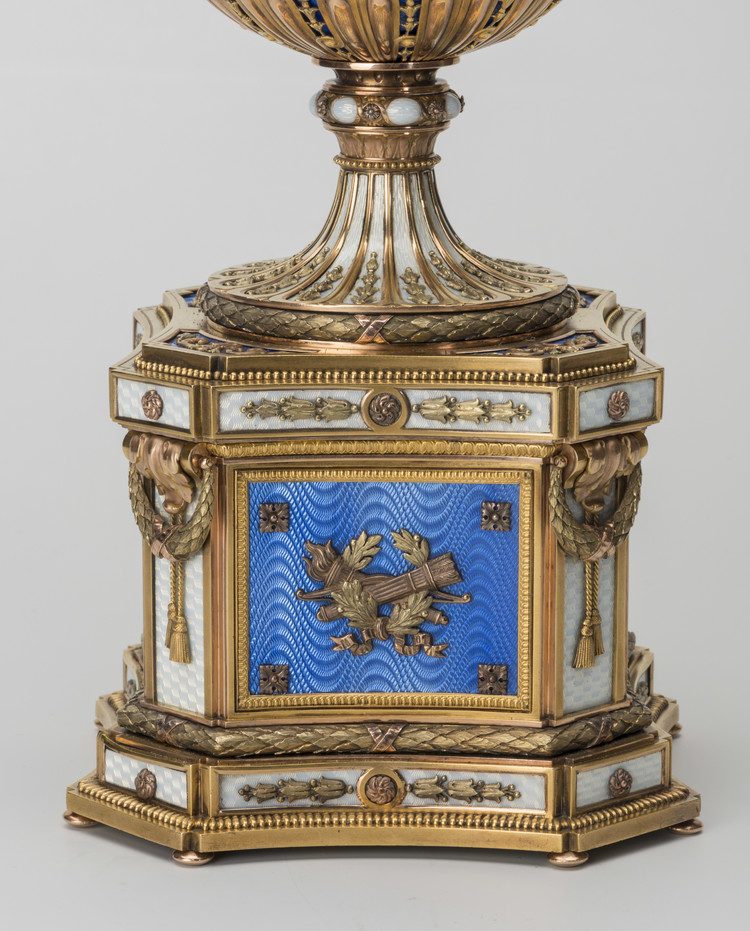 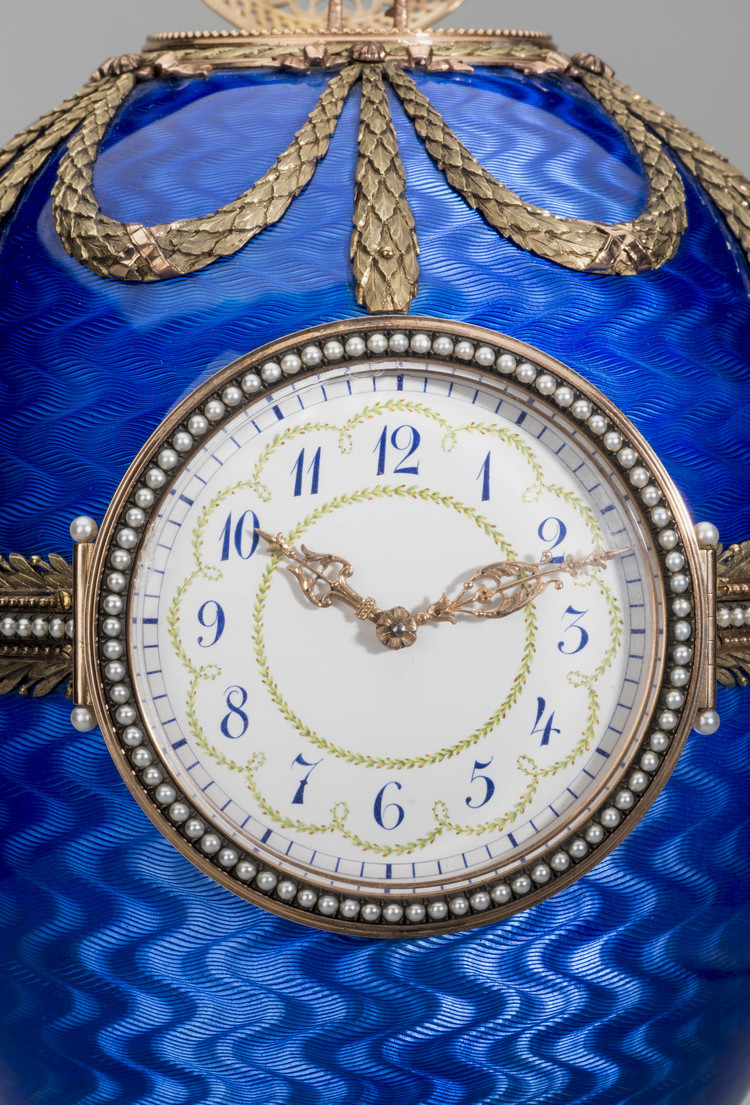 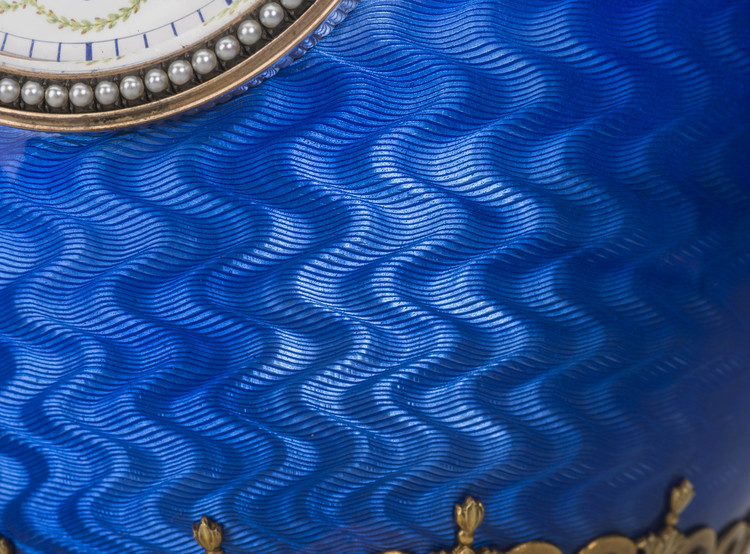 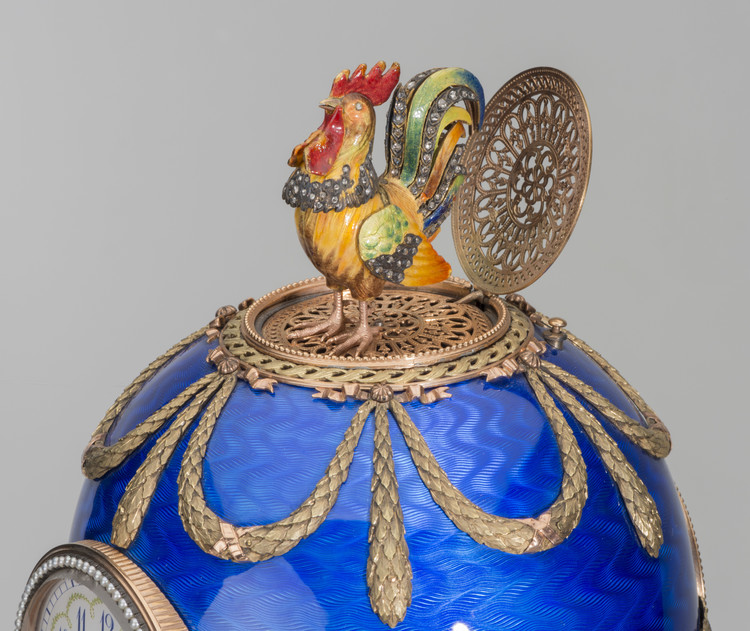 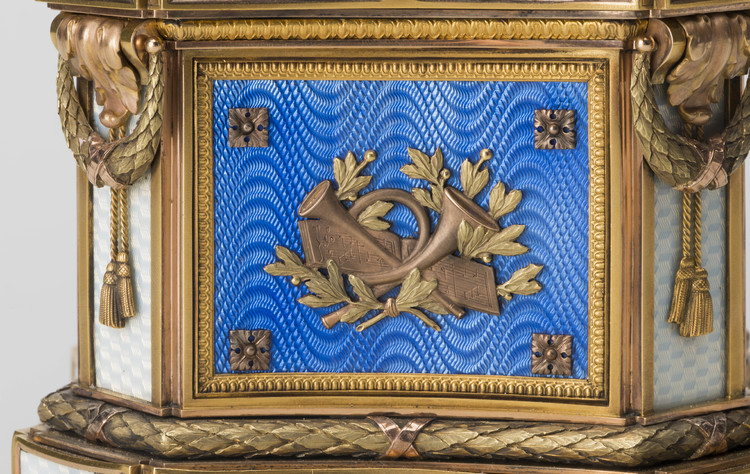 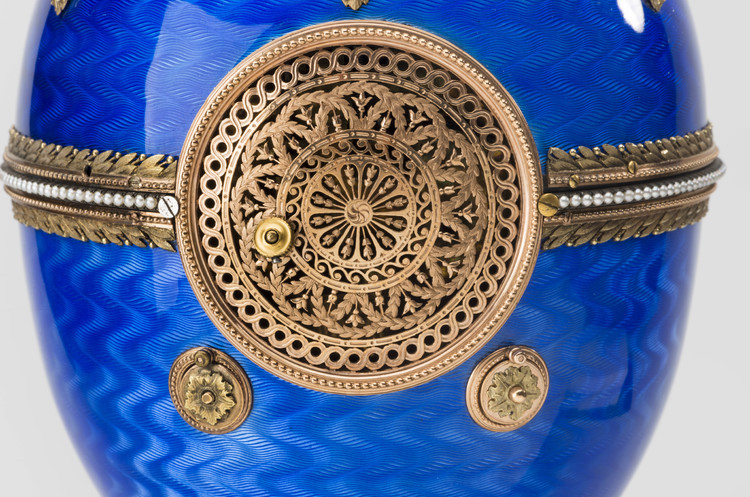 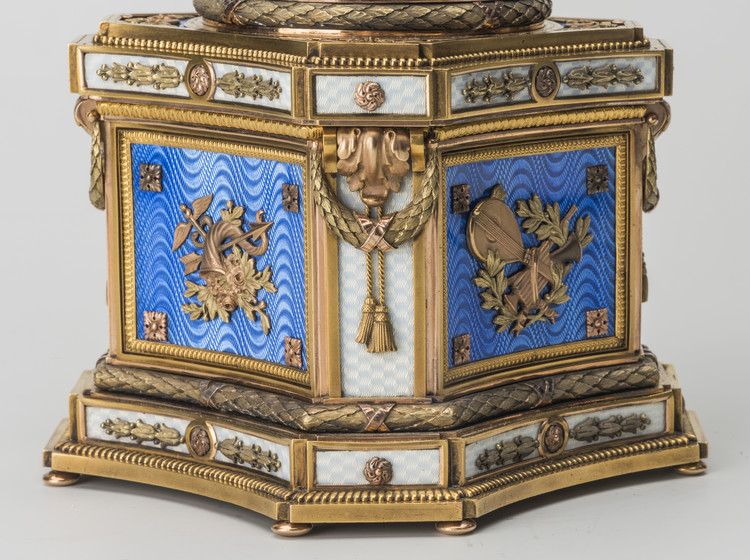 The last egg presented to Varvara Kelch, the Chanticleer Egg-Clock, was made in 1904. Like the Imperial Cockerel Egg (1900), which belonged to Dowager Empress Maria Feodorovna, it contains a clock mechanism, a round dial, and a cockerel, which rises up out of a golden cage. It is covered with an intensely bright “blue royal” enamel and is a few centimeters taller than the Cockerel Egg. The colors are more pompous and almost garish compared to the more restrained colors of Maria Feodorovna’s egg. The cockerel “surprise” in it is far larger and decorated not with dyed feathers, like the cockerel in the dowager empress’s egg, but rather strewn diamonds against a background of enameled gold. That same year Varvara Kelch left her family nest and set off for Paris for good. She took the Easter eggs with her and possibly other objects as well.

The Kelch eggs have found their ways into various collections: one of them, for example, is now in the collection of Her Majesty Queen Elizabeth II of Great Britain. Two others—the first and the last—were eventually acquired by Malcolm Forbes, but since 2004, both of these eggs have become part of the Link of Times Foundation, regularly on display in exhibitions organized in Russia, and are true masterpieces of the Fabergé Museum’s collection.