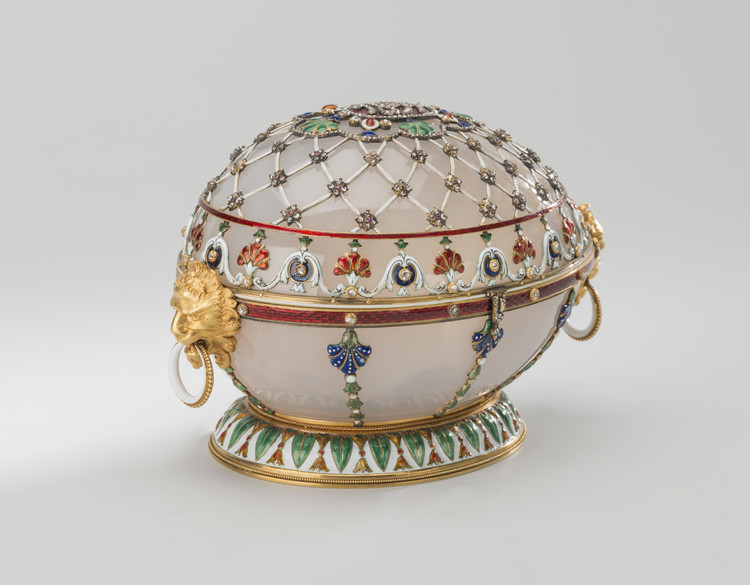 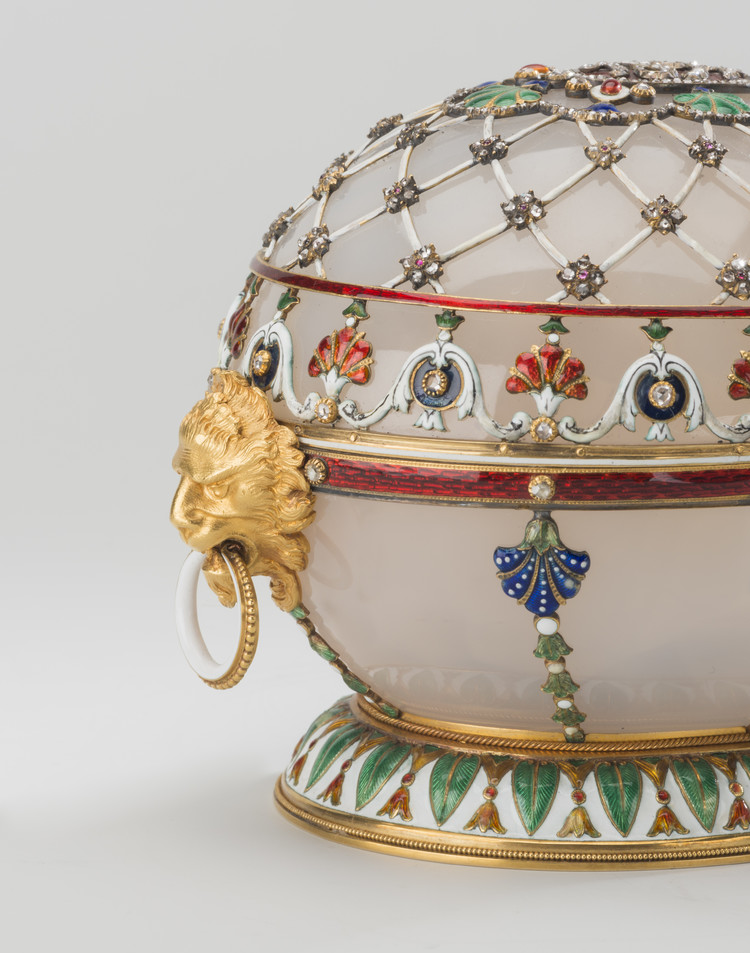 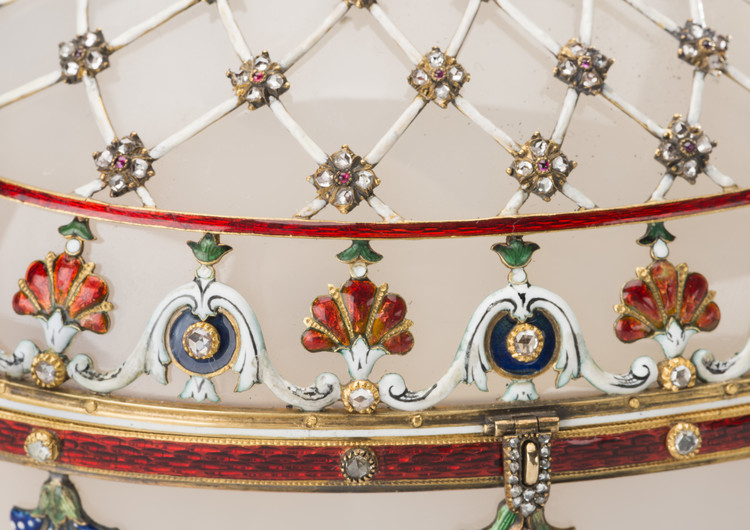 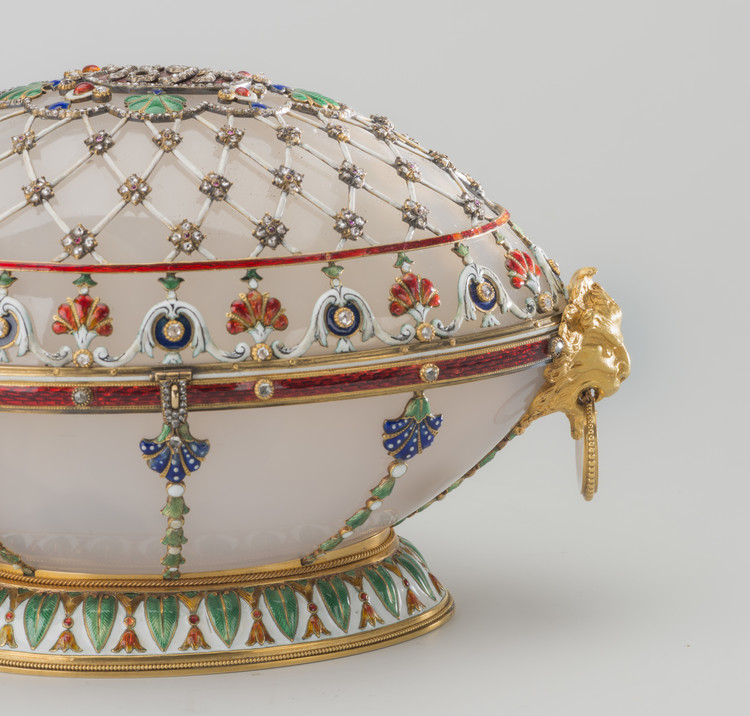 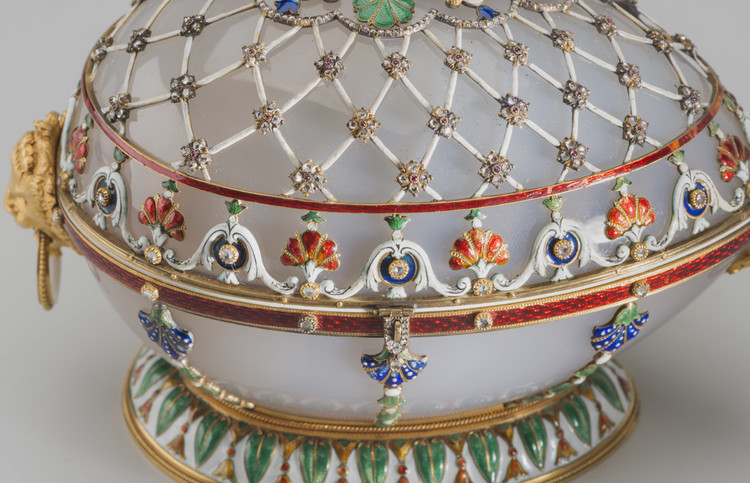 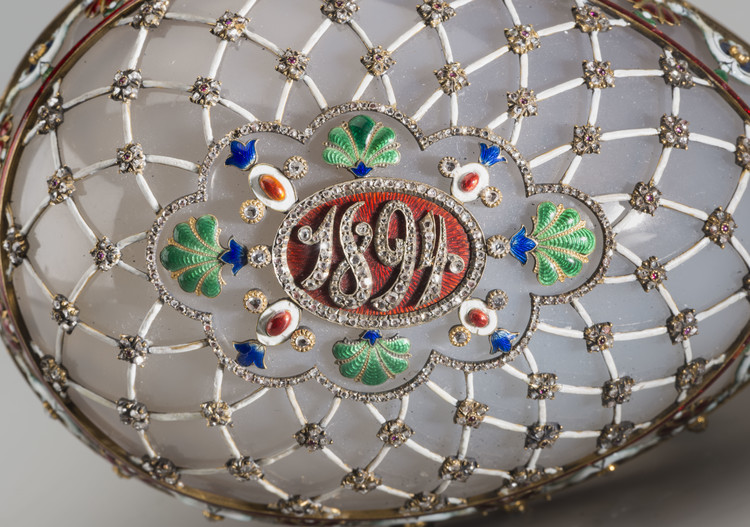 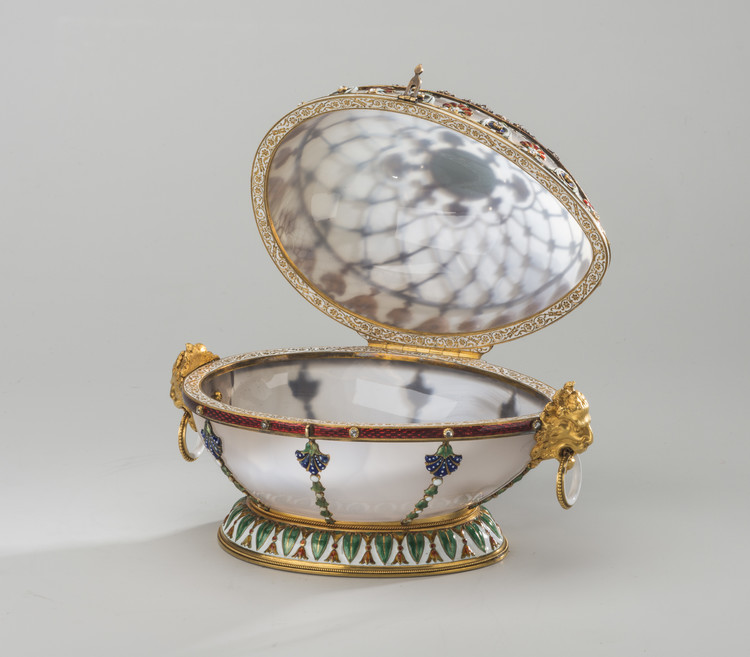 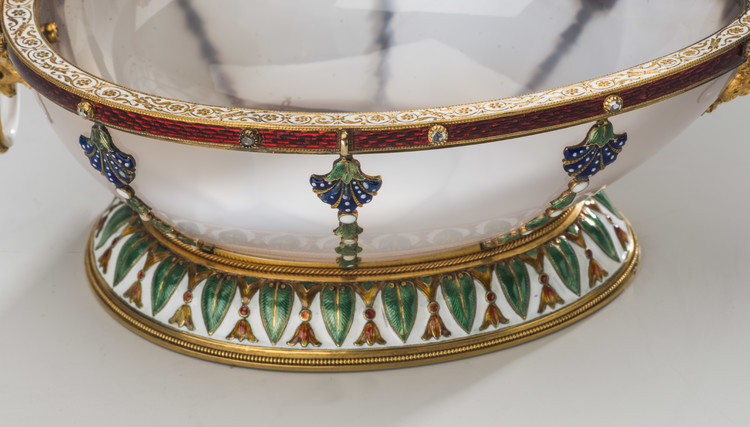 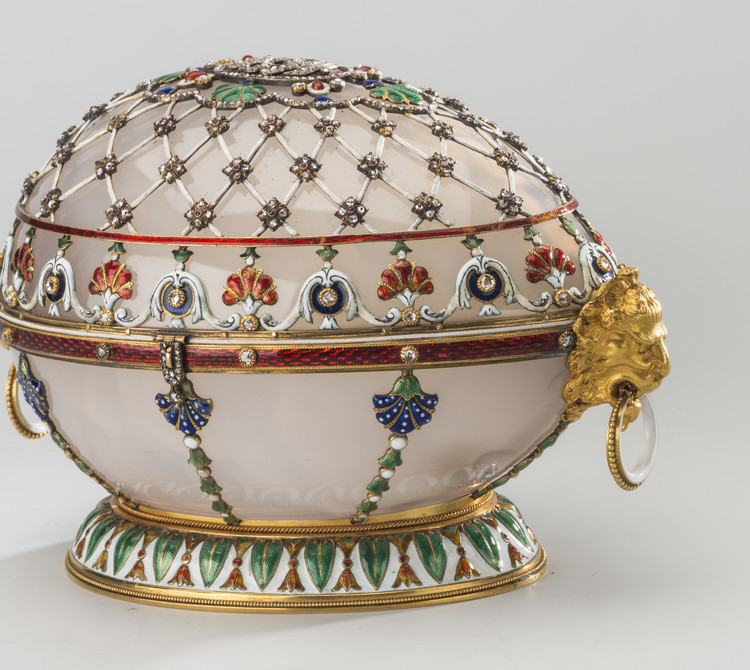 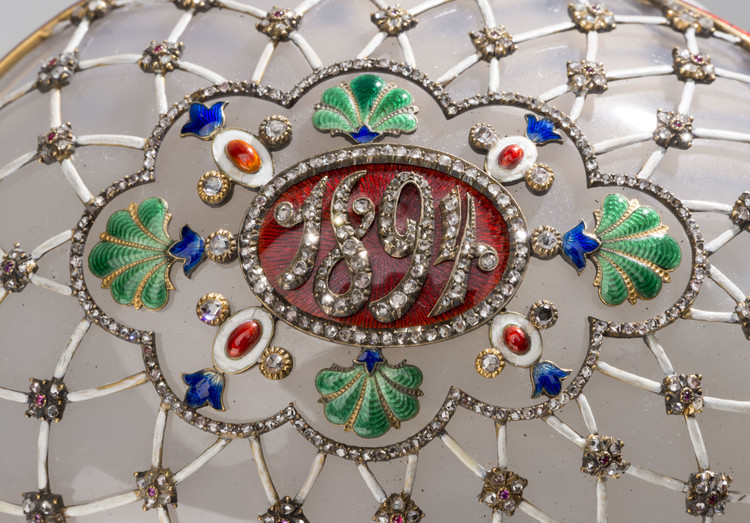 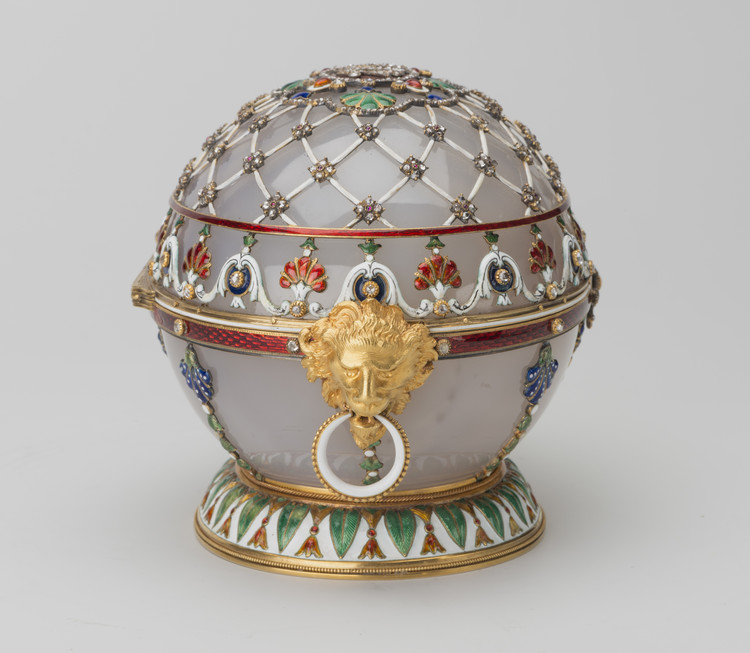 The last Easter gift from Alexander III to “sweet Minnie” was the Renaissance Egg, based on the motifs of a jewelry box by the jeweler Le Roy from the Grünes Gewölbe (Green Vault), the treasure room of the Saxon rulers in Dresden, where Carl Fabergé had lived for several years. His firm turned to the works of this ancient treasury for inspiration, creating objects that did not resemble “something faked,” but instead bore the imprint of “fresh, living, and intellectual motion,” according to contemporaries. Fabergé turned the form of  the ancient oval box into an egg placed horizontally, made of agate in a gold setting covered in polychrome enamel with gold lion mascarons and precious stones. The date of its creation is given on the top half of the egg in diamonds. It lacks a surprise, and it is not clear if there had been one originally. The invoice sent to the Cabinet of His Imperial Majesty does not mention a surprise, but the list of materials includes pearls, which do not appear on the shell. We can imagine that inside the egg-box there was a pearl jewel—necklace, pendant, bracelet, or perhaps a portrait framed in pearls of “angel Alexander,” the royal couple’s second son who had died in infancy twenty-five years earlier.

In 2004, before the planned sale at Sotheby’s, Christopher Forbes suggested that the surprise in the Renaissance Egg had been the Resurrection of Christ Egg, which was also in their collection. It is made of rock crystal with rings of rose-cut diamonds, containing small polychrome figures of Christ and two angels. He based his conclusion on the following: the small egg, also made in the Renaissance style, fits into the agate egg-box and is ornamented in pearls, which are mentioned in the jeweler’s invoice.6 The Resurrection Egg was the property of Maria Feodorovna, as witnessed by a photograph of a showcase with her jewels at the exhibition of Fabergé’s artistic works, ancient miniatures and snuffboxes, in March 1902 in the luxurious mansion of Baron von Dervis on the English Embankment in St. Petersburg; it is also mentioned in the Bolsheviks’ lists of palace property: “crystal egg with figures inside, on a gold pedestal with 8 diamonds, rose-cut diamonds, and pearls.” Whether Fabergé could have placed a fragile stone egg into another one without a stand or special setting only time and research will tell. In any case, the Resurrection Egg was created in the 1890s in the workshop of Michael Perchin, belonged to Empress Maria Feodorovna, and now graces the Fabergé Museum collection.