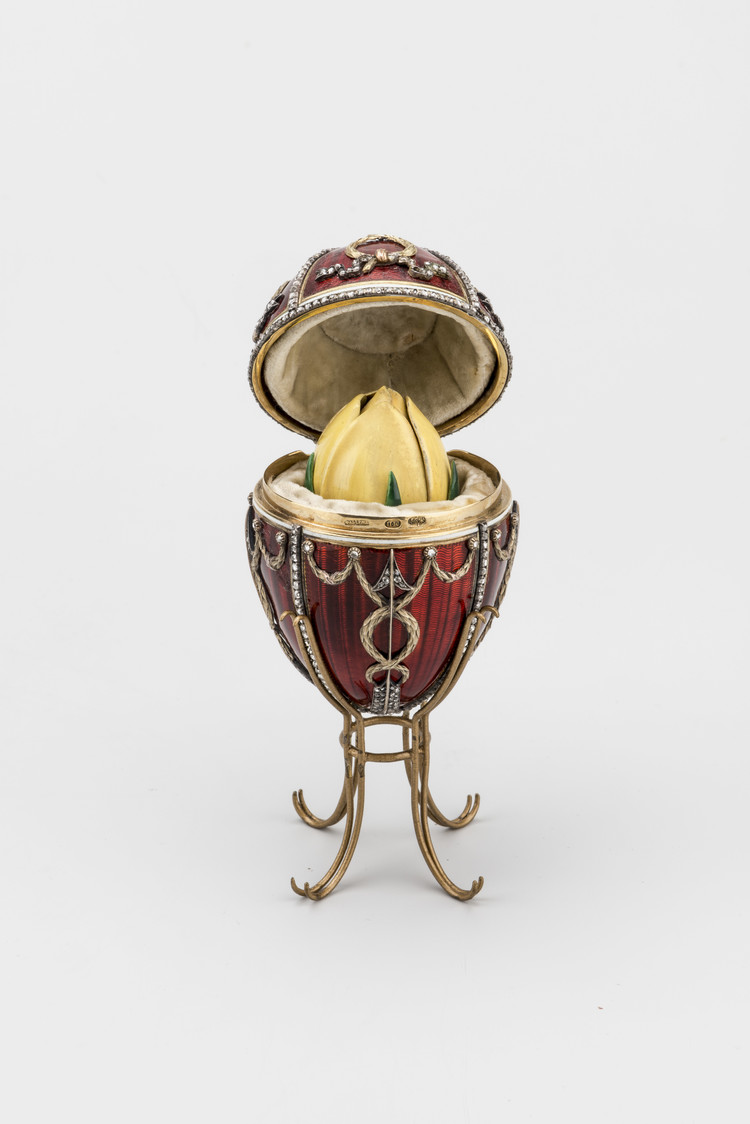 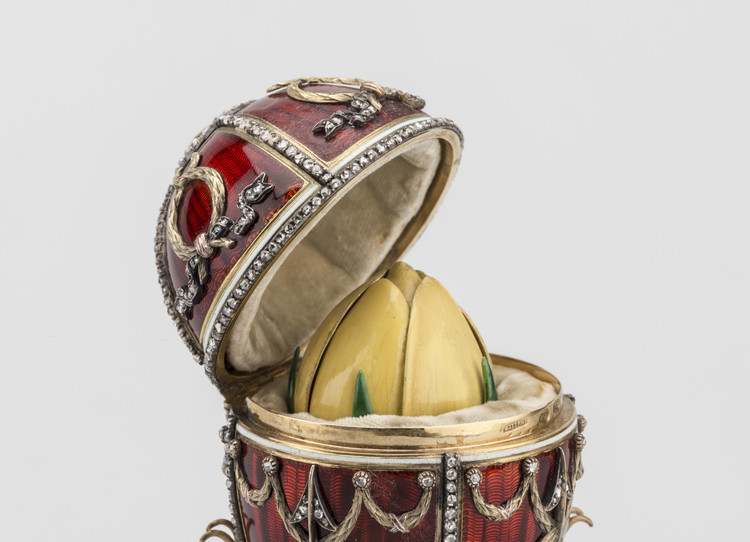 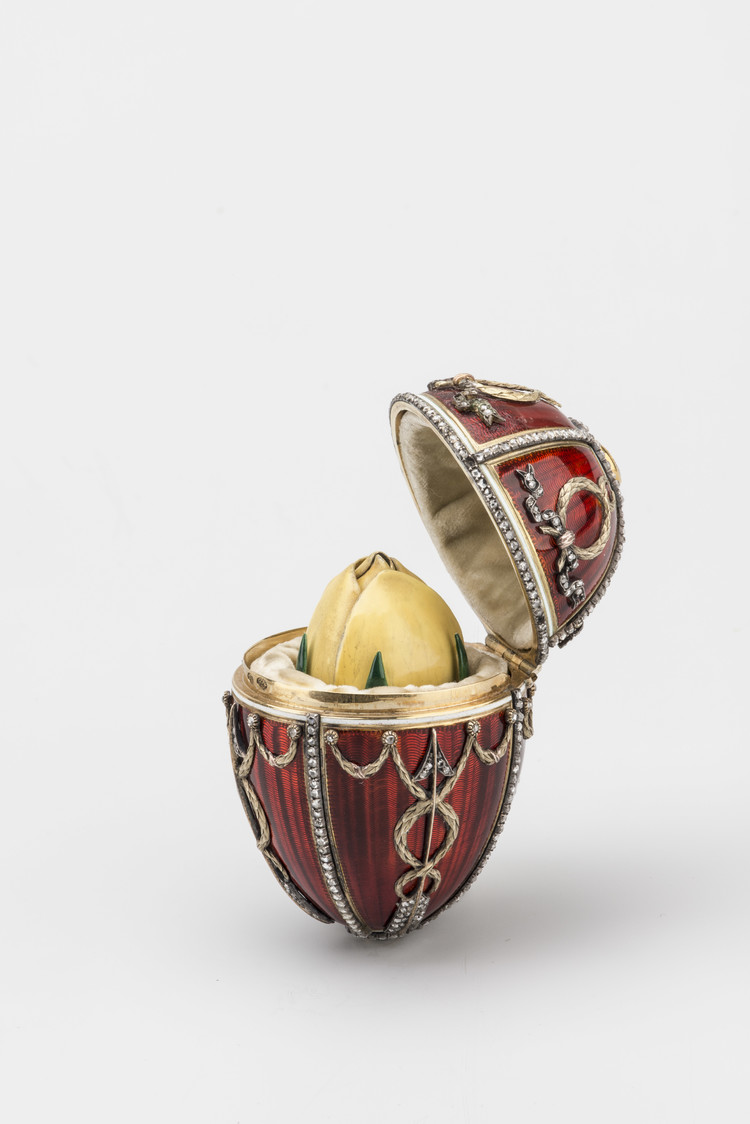 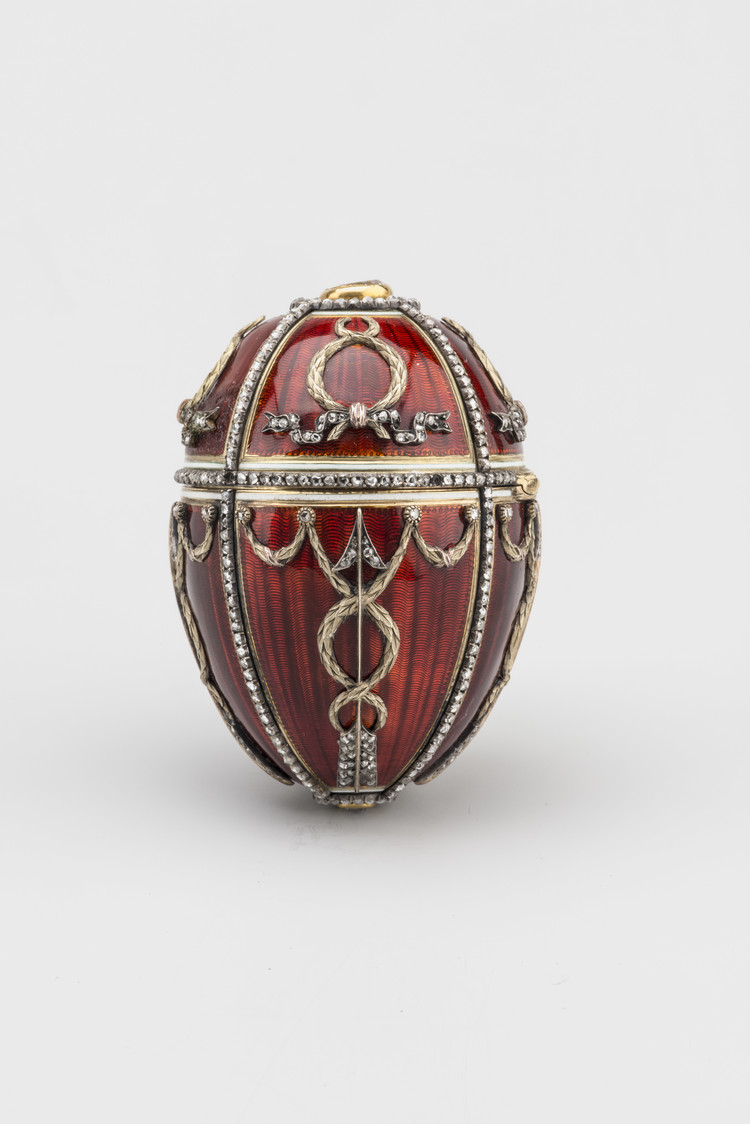 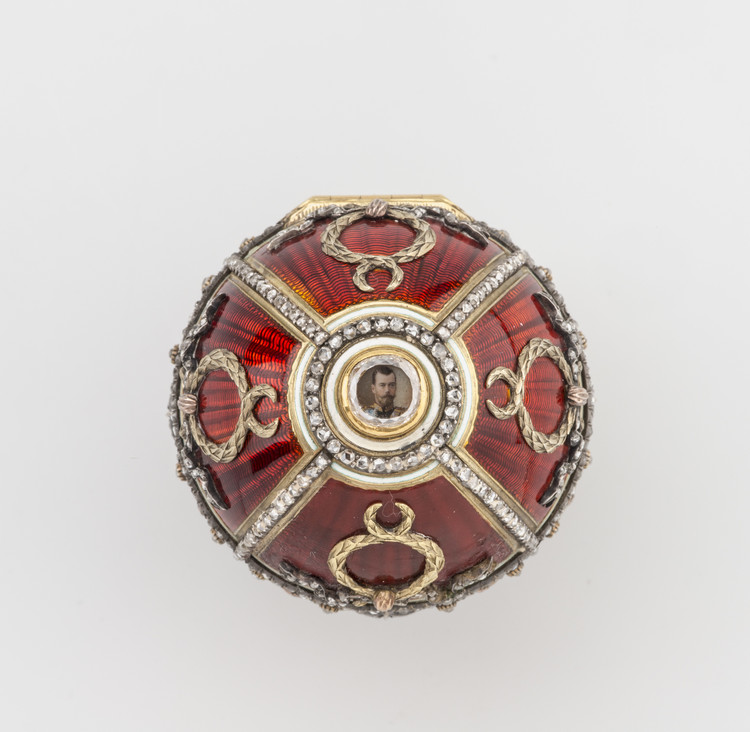 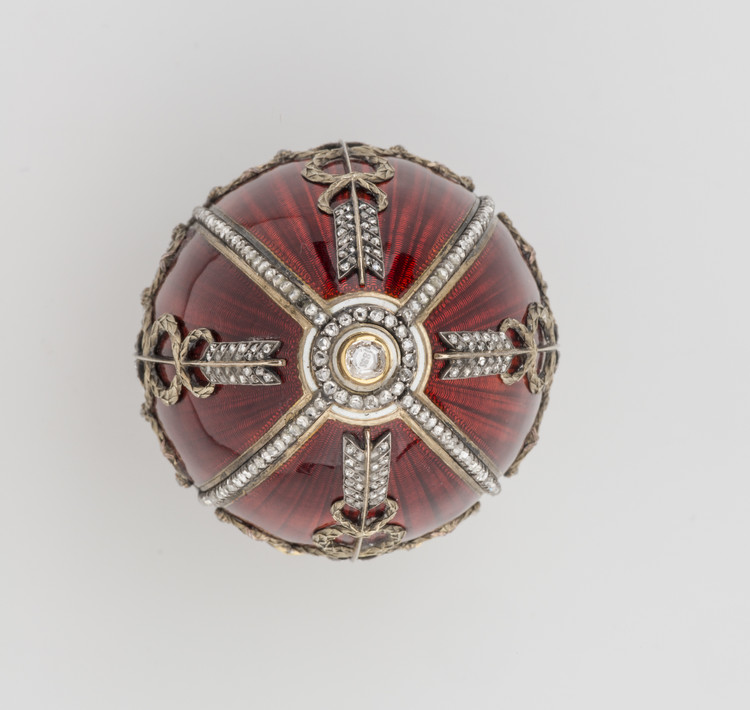 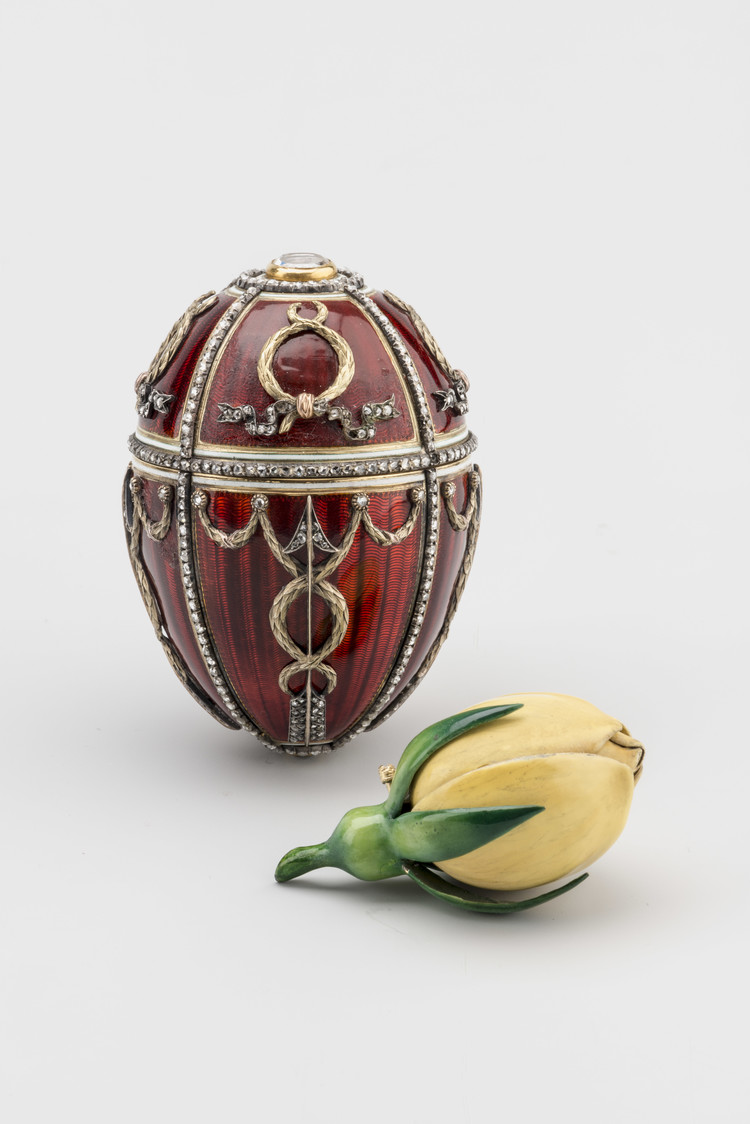 The first time the firm created two large eggs for the emperor was for Easter 1895 For the young Empress Alexandra Feodorovna, the fourth daughter of Grand Duke Ludwig II and Alice, princess of Great Britain and Ireland, they made a delicate golden egg in the Louis XVI style. It was covered with bright red translucent guilloché enamel and ornamented with diamond arrows and garlands of leaves and wreaths in greenish gold, tied with ribbons. On top, beneath a large, flat diamond is a miniature portrait of Nicholas II, and the date is given below the lower diamond. The surprise is a bud of a tea rose on a short stem, fitted with a mechanism: the petals open when you press on a small button on the stem. Inside is a miniature diamond crown with cabochon rubies (lost over time). The rose — a symbol of love, as are the golden arrows of Cupid — decorating the egg were an indication of Nicholas II’s feeling for his “sweet, dear Alix.”

From then on, Alexandra Feodorovna, just like Dowager Empress Maria Feodorovna, received an exquisite egg made by Fabergé every Easter (with the exception of 1904 and 1905, which was probably related to the Russo-Japanese war). Over twenty-two years, the last Russian empress was given twenty Easter eggs, and they all survived.