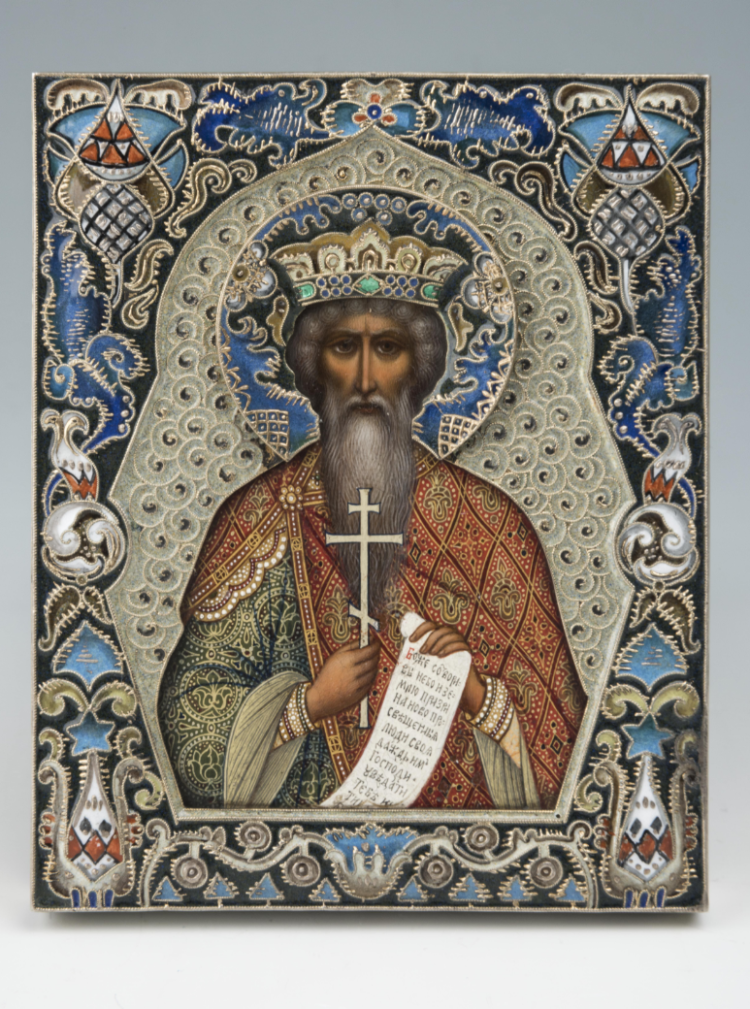 At the turn of the 20th century, jewelers, influenced by Art Nouveau, shunned the excessive ornamentation and overcrowding of the once-popular “Russian Style” and turned to early Christian, Byzantine and even pagan motifs. This new style was taken up by Carl Fabergé, Feodor Rückert, Victor Aarne and K. I. Konov.

The revetment of the icon St. Prince Vladimir (House of Fabergé) is reminiscent of the Scandinavian strain of Art Nouveau: somewhat gloomy, fantastic and associated with the pre-Christian world.