Fabergé Easter Masterpieces from the Collection of Fabergé Museum in St. Petersburg

The Link of Times Foundation owns the largest collection of objects made by the celebrated House of Fabergé firm in the world. Most of the collection was previously in the possession of the American media magnate Malcolm Forbes, but it was purchased by the businessman Viktor Vekselberg in 2004, whereupon he returned the items to Russia. The Foundation spent the next ten years actively expanding the collection, and in 2013 created the Fabergé Museum in St. Petersburg as a place where it could be exhibited on a permanent basis.

The crowning achievement of the House of Fabergé consists of the priceless Easter eggs it made on commission for the last Russian emperors, Alexander III and Nicholas II. The Link of Times Foundation's collection boasts nine imperial Easter eggs, as well as other eggs made by Fabergé for other prominent clients, such as Consuelo, Duchess of Malborough, and Varvara Kelch.

The book recounts the history of the House of Fabergé, describes the circumstances under which the Easter eggs in the Link of Times Foundation's collection were created and sheds light on what happened to these unique works of jewelry art throughout the 20th century. 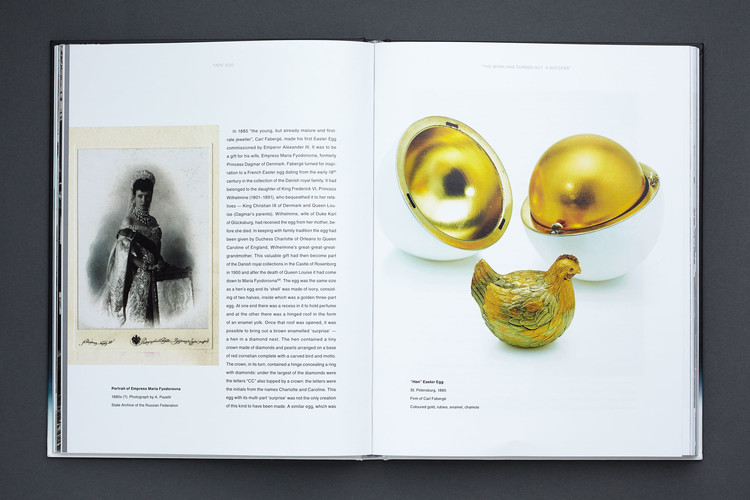 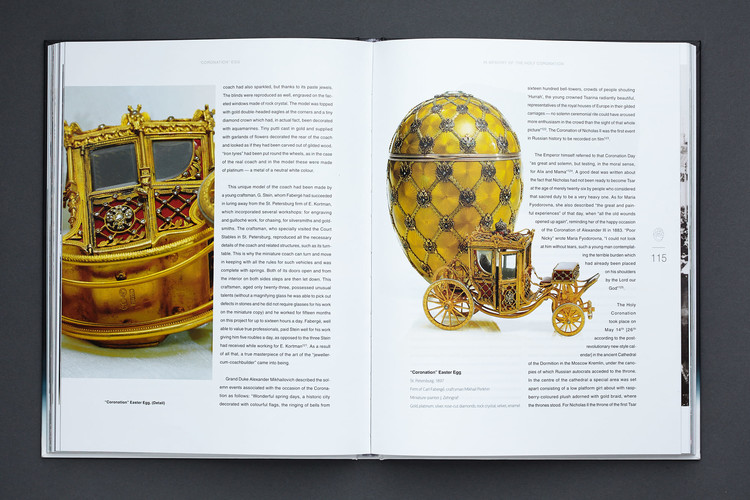 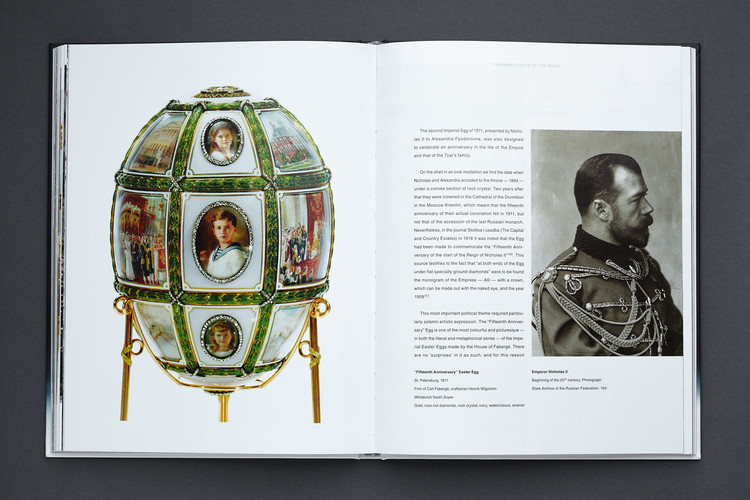 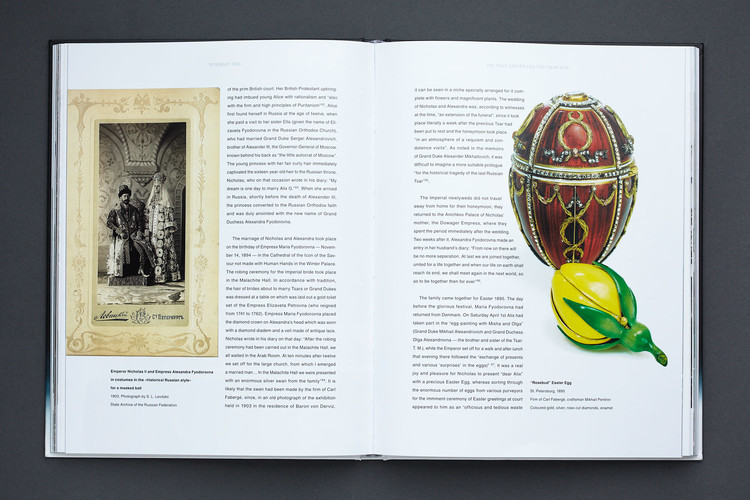